No More Retirement for This Blog!

This is a revival.

After a year's hiatus (I always seem to revive this godforsaken blog a year after abandonment), I'm pulling this poor blog out of retirement again.

So what happened between my last post and now? Uhh... well since starting the city job I got a car (a manual 2012 VW Jetta), became a hermit from the beginning of this year until around summer, around that same time coincidentally became a violent Doctor Who (and then, Supernatural) fan (have cooled down since then), got a new laptop because my sister bought my year-old previous one, said sister went to college this fall (my dad and I drove her up in the aforementioned Jetta (hills+manual=very new experience), quit city job and started job doing more fun tech-y stuff, second monitor died, got a new monitor that has an HDMI port so the PS3 has come into my room (yesssss).

But there are two things that happened semi-recently that are pretty exciting: I started a new comic  and I've started up silk screening again.

The comic is going swimmingly. It's nuts to think that a bit over a year ago I couldn't manage to even properly post a page a week for one comic, and now? Here's to the continued posting (and eventual completion) of both A Celestial Story and Crystal Ball!

As for the silk screening, I've been slowly gathering the required supplies (of which there are way too many) and I finally have everything! Thing is, I definitely need to work way more on printing on fabric :/ On paper, I was able to make crazy cool things: 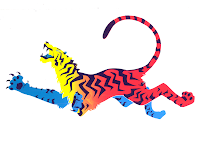 and this is what I've managed to make to put on a shirt: 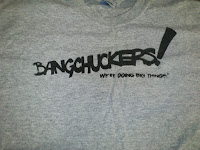 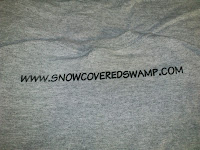 It's embarrassing, I tell you! The color--and it was a single color print! grrrr--isn't solid for the whole print, and there's even some double image/ghosting... My only caveat is that during the shirt printing my sobriety definitely took a dip: the friend that was with me decided that it should me a silk screening/craft beer tasting night. And I... couldn't say no. But still, I need to practice before I'm fully confident with my fabric printing skills. With Christmas coming (and a two-week break from work with it) I'll have time to do another print run and see how much the drunkenness was a factor -.-

Well, that is what has been going on with me so far!
Posted by azyzl at 5:46 AM No comments: